The law manages to involve itself in every aspect of life, and hedges are no different.

There are two major areas of concern. The first relates to any hedge trimming you may do in your garden, and the second involves problems that may arise with neighbours due to hedges that are too tall.

Under the Wildlife and Countryside Act of 1981 it is an offence to intentionally take, damage or destroy a wild bird nest while it is being built or used. So, before you start cutting away, examine your hedge carefully to make sure there are no nesting birds present.

The RSPB offers guidance on hedges and the law, and recommends avoiding cutting hedges during the breeding season for wild birds (March to August).

We’ve probably all read about problems caused between neighbours by high hedges. These problems are more often than not caused by leylandii hedges.

According to the BBC  there are more than 55 million leylandii in the UK, and they give rise to thousands of disputes. In England and Wales legislation came into force in 2005 to deal with this problem.

The Anti-Social Behaviour Act (2005) defined high hedges as those that are:

– over 2m tall
– are composed mainly of evergreens or semi-evergreens

The legislation was designed to try and enable neighbours to settle disputes without involving lawyers.

The process involves the following steps:

i) Negotiate with neighbours.
ii) If this is unsuccessful contact your local council (but there is a fee to discourage frivolous complaints).
iii) The council will either reject the complaint, or issue a notice to cut back the hedge.

The Royal Horticultural Society has a summary of the legislation on its website.

Full details of the legislation, and the complaints procedure can be found on the Gov.uk website..

Details can vary slightly between England, Wales, Scotland and Northern Ireland, so it is best to check with your local council if you’re affected by this problem. 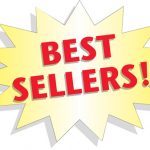 These are the current best-selling hedge trimmers on Amazon.co.uk, all of which have customer review ratings of at least 4.2/5 (or 84%). As you can … END_OF_DOCUMENT_TOKEN_TO_BE_REPLACED 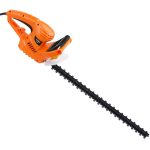 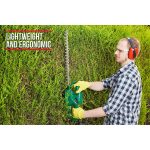 The Andrew James electric hedge trimmer is a competitively-priced hedge cutter that will be more than suitable for most domestic users. A … END_OF_DOCUMENT_TOKEN_TO_BE_REPLACED 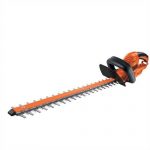 With its 60cm blades, powerful 600W motor, and a 25mm tooth gap, the Black & Decker GT6060 electric hedge trimmer is one of the more powerful … END_OF_DOCUMENT_TOKEN_TO_BE_REPLACED